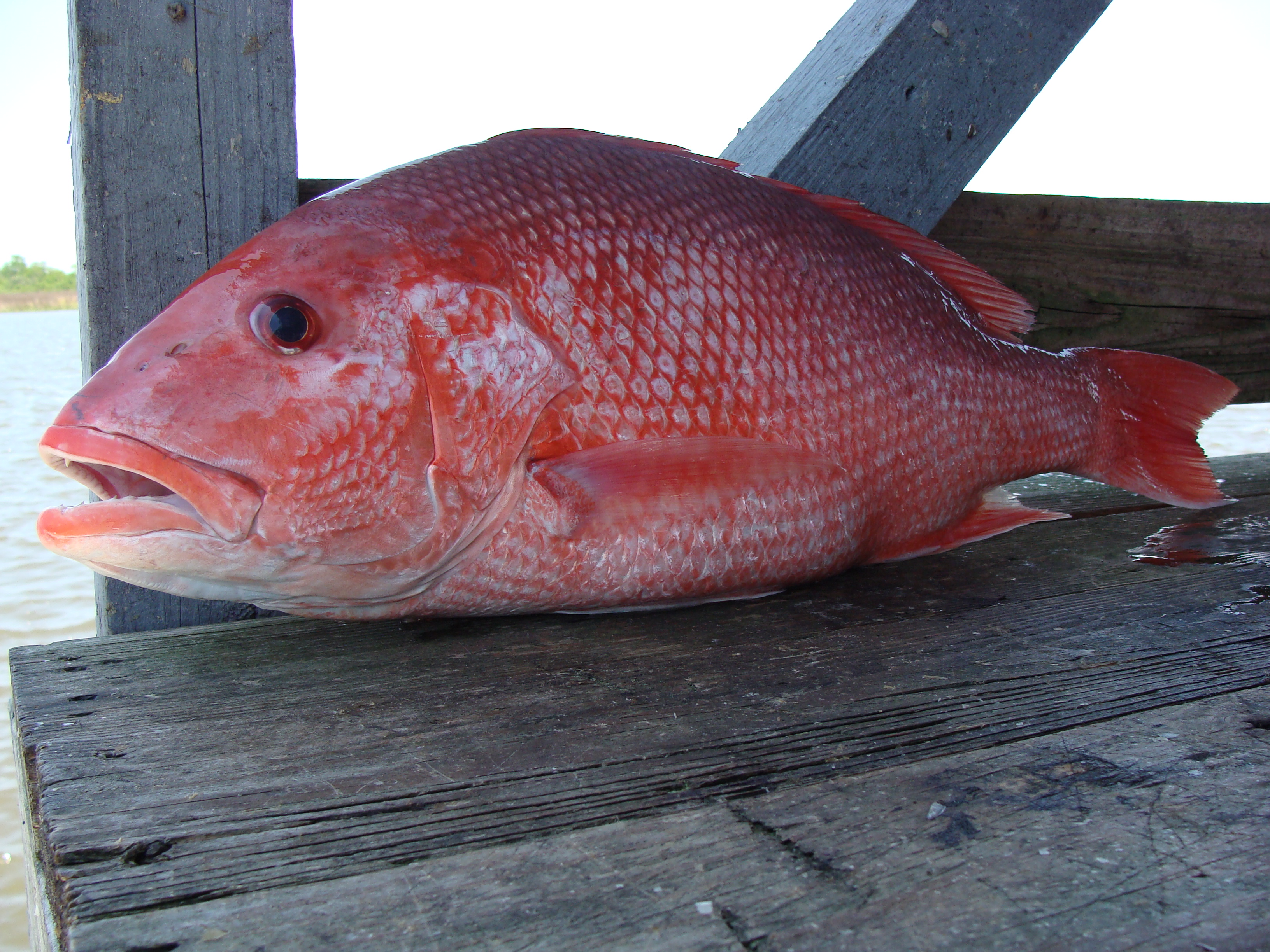 The red snapper  is a fish found in the Gulf of Mexico and  commonly inhabits waters 30 to two 200 feet deep, some are reported to be caught at 300 feet deep. All feature a sloped profile, medium-to-large scales, a spiny dorsal fin and a laterally compressed body.

The oldest  caught red snapper was a reported fifty-seven years old. The red snapper is light red, with more intense pigment on the back. A red snapper attains sexual maturity at 2–5 years old.

An adult snapper can live for more than 50 years and weigh 50 pounds.  Red snapper are a prized food fish, caught commercially, as well as recreationally. Red snapper is the most commonly caught snapper in the USA,  with similar species being more common elsewhere. When “red snapper” is sold in restaurants, it may be one of similar snapper species or rockfish in order to meet demand or reduce costs.

Fishing We want your sportfishing vacation to be the best one that you have ever been on. We strategy each vacation successfully according to the components and the way of types of types of species of... Read More

Louisiana Offshore Fishing Louisiana is where the pros are going these days to get in some real fishing, with the Gulf of Mexico at our finger tips and the marsh lands all around there is nothing bett... Read More

Venice Louisiana Fishing Here in Venice Louisiana, fishing season is a year around thing with world famous big game trolling and snapper fishing during the summer.   With some of the deepest bluest... Read More

In The News Now